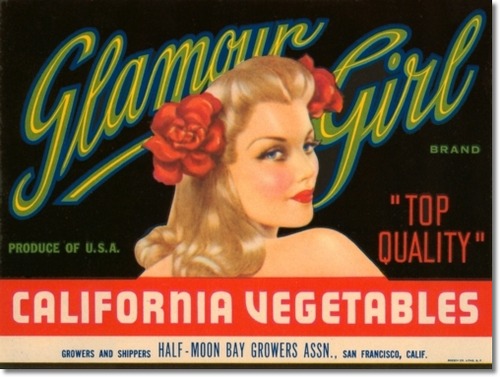 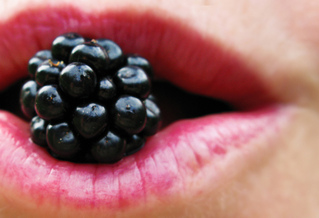 Lucky me for being able to trade some of my apricots and peaches, grown in Sacramento, for blueberries and blackberries of Rainbow Orchards in Camino.  Their location in the Sierra Foothills, with its hot summer days and cool night air sweeping off the Sierra Nevada, brings forth lush fruit.

The blueberries might be smaller than the ones I grew up eating on the East Coast, but each little indigo nugget explodes with a sweet, rather than tart, taste.

Experts claim correctly the blackberry is not a true berry, due to the small drupelets each unit possesses.  All I can claim is that each one contains a drop of bright sunshine.

On the 45-minute drive home, I pondered how to prepare the blackberries.  A pie or tart, perhaps?  Maybe I would fold them into Greek yogurt with a sprinkle of cinnamon or create a lemon-infused sauce to cover the berries and vanilla  ice cream.

In the end, I went the more traditional route.

I sat under the shade of the apricot and peach trees, with the basket of blackberries and a large glass of ice water.

Slowly, as all things during summer's high heat should be done slowly, I nibbled and sipped.

I believe if more people sought out the succulence of summer, the world would be a better place.
Posted by words4sail at 5:15 PM No comments: 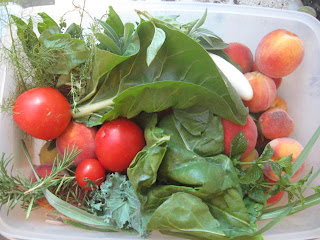 I have traveled the world, met many people and done lots of things.

However, few compare to the simple joy of gathering fresh fruit and vegetables that I have grown or are under my stewardship.

Goodness with a capital G!
Posted by words4sail at 10:50 AM No comments: 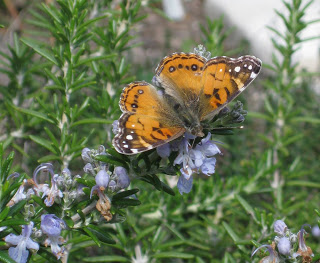 My rudimentary skills with Spanish were not necessary to comprehend what my neighbors were saying.

Seeing several banana skins clipped and hanging from my clothes line, alongside sheets and pillowcases, their expressions let me know that they thought the next door lady gardener (me) was definitely loco.

Actually, I was drying the skins to eventually grind them into a powder.

The organic powder was then sprinkled on the ground by tomato, fennel and rosemary plants to add beneficial nitrogen to the soil.  It has worked wonderfully and a delightful bonus is the attraction of colorful butterflies. This is especially nice as my garden is dedicated to growing food, and not flowers.

A friend recently sent me an article on how some people pee on their growing plants to add nitrogen.

I could just see the neighbors' faces if I used that method! 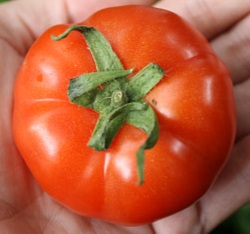 I felt like one of the doomed mid 19th century Irish upon discovering blight in the garden last Saturday.

Six of the ten tomato plants, ranging from Big Boy to cherry varieties, had overnight developed leaves with lesions and yellowing edges. This was especially upsetting as many of them were heavily laden with fruit starting to turn red.

First, I cut away the affected plant parts and then washed my hands before touching anything else. Then was time to grab a spray bottle and fill it with 1 teaspoon each of liquid dish soap and baking soda and then add 1/3 cup of water.  Baking soda is a staple in the garden this year.  I began sprinkling it around the bottom of the tomato plants a month ago in hopes of having sweeter fruit.

A good soaking of the organic blight brew seemed to do the trick.  Five days later and no further blight has appeared.

Last night the season's first tomato was ready to eat.  After a good wash I bit into it.  Unlike years past there was no sudden rush of acidity.  Instead the taste was rich and dulcet.

Baking soda's place in my gardening tools is now secure.

Vegetables, not flowers, are planted in my garden.

Whether in ground or standing tall in a container the concentration is on feeding myself and others.

Thus after early March plantings - the following flowers are my favorite ones to see.

The Hanging Gardens of Sacramento 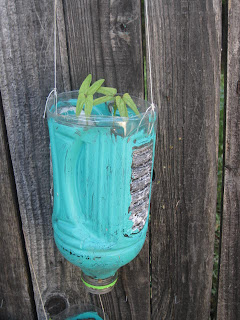 Last year I went a bit bonkers with my seed purchases.

A pre-season sale spurred my imagination and I came home stocked to sow an acre or two.

Where was your brain, I chastised myself while surveying my garden then enjoying its winter sleep under a cold February rain.

Taking a swig of bottled water, I looked through its clearness at the weathered fence.

Several internet searches combined with a month's collection of plastic jugs, bottles and containers meant by late March I was ready for non traditional gardening.

Within an hour, peas, beans, three varieties of lettuce and jalapeno peppers were planted and hanging with kite strings between fence slats.

The brilliance of the plan was its mobility.

When the noontime southern exposure threatened to cook the tender peas weeks before they were ready, all I had to do was move them.

Small containers offered harvests for individual meals, rather than having a bushel of beans to accompany a single salmon fillet.

Best of all I had finally thwarted the unseen creature who in several nights had turned the garden's northeast corner in its private buffet.

Morning glories are currently sprouting from two containers.  By mid May their blue blossoms will crawl across old wood and add color where none has existed for years.

When repurposing containers for gardening, use products that held products for human consumption or bleach and liquid soap.

Prior to using, I fill and soak the emptied and rinsed out container in a solution of liquid soap and bleach for at least 30 minutes.  This helps rid the container of an contaminants.

For large openings on juice bottles and the like, some use coffee filters to hold the potting soil in place. I don't drink coffee, so instead a rolled up paper plate worked fine.

To protect a plant's roots, growing in a clear container, from the harsh sun I grabbed my acrylic paints and slathered them on.

Kite string, 80 lb and Dacron, is hardy enough to sustain four to five months of hot Sacramento summers and rain-soaked winters.
Posted by words4sail at 10:05 PM No comments:

Gardening for Body and Soul

How my whiny teenage utterances haunt me, when I think of my former hatred of gardening.

Worse of all, when it came to eating my grandfather’s bountiful kale and kohlrabi or the glorious red beets grown by my parents, despite a lack of work, my fork was always the first poised to attack.

Need to start a bit smaller?  Click here to read about container gardens.
Posted by words4sail at 5:36 PM No comments:

"You want me to pull weeds?"

Shamefully, the teenage me uttered those words more than once. Anything involving dirt, heat and especially bugs turned me into a big whining wienie.

Green thumbery (if there is such as word) flows in my DNA.

My grandfather's Florida garden, full of kale and kohlrabi, thrived until he died at 90. During upstate New York's summers, my parents worked a 1/2-acre plot - abundant with tomatoes and beans, lettuce and beets.

Then four years ago, I had my first backyard.

Spring's early buds on my peach, apricot and orange trees unleashed my need to plant seeds - in the ground, pots (large and small) and tree baskets and containers along the fence.

Now during every season, something is growing.

Winter and spring has Swiss Chard and fennel, kale and herbs like rosemary and oregano. The full summer sun shines down upon a variety of tomatoes, squashes and eggplants. Herbs from basil to lemon balm and thyme to sage deliver added depths of flavor.

In late October's cool breezes, green tomatoes are harvested as are cabbages.

Gardening feeds me well and calms my soul.

The transformation is complete.